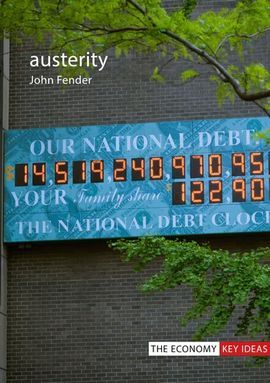 Austerity has dominated economic debate across Europe and North America since the financial crisis of 2008. Austerity policies have been implemented by governments to cut and curtail budget deficits to varied effect by reducing spending on goods and services, increasing taxation and/or cutting welfare budgets. Because the implementation of austerity measures tend to coincide with high or rising unemployment, they are invariably contested and unpopular. In addition, austerity seems counter-intuitive to many economists: post-financial crisis, it would appear to be more desirable to stimulate the economy through an expansion of fiscal policy, to "spend" a way out of the crisis.

John Fender explains how the economics of austerity works in theory and how it has played out in practice in the UK, U.S., and the EU. He provides students with a clear and rigorous guide to the principles and mechanisms of austerity economics and offers a balanced point of reference for anyone keen to understand the economic thinking behind these contentious policy decisions.