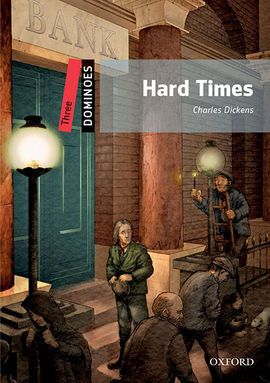 Thomas Gradgrind believes that facts and money are more important than feelings and imagination. After Cissy Jupe - a circus child - is left alone in the world, Gradgrind takes her into his house, looking after her and teaching her facts with his own children Tom and Louisa. Some years later the Gradgrind family meets hard times. Louisa becomes a prisoner in a loveless marriage, and Tom has problems at work. In the end, Thomas Gradgrind learns the importance of feelings and imagination.