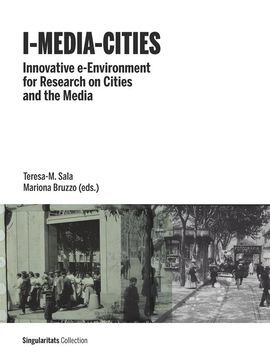 INNOVATIVE E-ENVIRONMENT FOR RESEARCH ON CITIES AND THE MEDIA

I-Media-Cities. Innovative e-Environment for Research on Cities and the Media presents the results of an innovative project undertaken by the film archives of Athens, Barcelona, Bologna, Brussels, Copenhagen, Stockholm, Frankfurt, Turin and Vienna, in conjunction with several leading research centres and technological innovators. Together they have developed a digital platform for viewing a wide range of images and motion pictures. More than 1,000 films dating from 1890 to 1989 have been incorporated in the platform, expressly selected to give the project coherence and meaning. Each city is represented both singularly and generally, revealing similarities and differences between them. The producers, actors, directors, places, people, and historical, social and political events are listed to facilitate analysis in areas such as sociology, urban anthropology, town planning, and architectural history, among others. The objective is to propose a new way of disseminating film collections, bringing them to a wider public, and stimulating research into cities in the fields of the humanities.