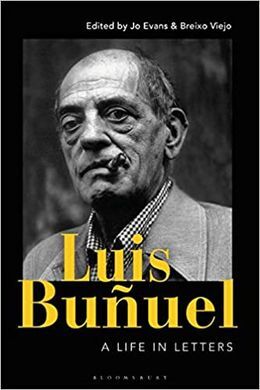 LUIS BUÑUEL. A LIFE IN LETTERS

A LIFE IN LETTERS

Luis Buñuel: A Life in Letters provides access for the first time to an annotated English-language version of around 750 of the most important and most widely relevant of these letters. Buñuel (1900-1983) came to international attention with his first films, Un Chien Andalou (with Dalí, 1929) and L’Âge d’Or (1930): two surprisingly avant-garde productions that established his position as the undisputed master of Surrealist filmmaking. He went on to make 30 full-length features in France, the US and Mexico, and consolidated his international reputation with a Palme d’Or for Viridiana in 1961, and an Academy Award in 1973 for The Discreet Charm of the Bourgeoisie. He corresponded with some of the most famous writers, directors, actors and artists of his generation and the list of these correspondents reads like a roll call of major twentieth-century cultural icons: Fellini, Truffaut, Vigo, Aragon, Dalí, Unik - and yet none of this material has been accessible outside specialist archives and a very small number of publications in Spanish and French.