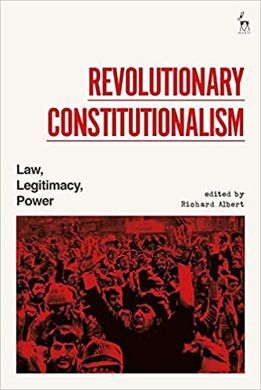 This book, the result of a major international conference held at Yale Law School, contains contributions from leading scholars in public law who engage critically with Bruce Ackerman's path-breaking book, Revolutionary Constitutions: Charismatic Leadership and the Rule of Law. The book also features a rebuttal chapter by Ackerman in which he responds directly to the contributors' essays. Some advance Ackerman's theory, others attack it, and still others refine it - but all agree that the ideas in his book reset the terms of debate on the most important subjects in constitutionalism today: from the promise and perils of populism to the causes and consequences of democratic backsliding, from the optimal models of constitutional design to the forms and limits of constitutional amendment, and from the role of courts in politics to how we identify when the mythical 'people' have spoken. A must-read for all interested in the current state of constitutionalism.

THE FOUNDATIONS AND TRADITIONS OF CONSTITUTIONAL AMENDMENT