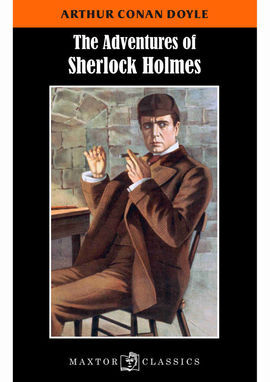 THE ADVENTURES OF SHERLOCK HOLMES

"To Sherlock Holmes she is always the woman. I have seldom heard him mention her under any other name. In his eyes she eclipses and predominates the whole of her sex..."

In general the stories identify, and try to correct, social injustices. Holmes is portrayed as offering a new, fairer sense of justice. The stories were well received, and boosted the subscriptions figures of The Strand Magazine, prompting Doyle to be able to demand more money for his next set of stories. stories, picking "The Adventure of the Speckled Band" as his overall favourite.

THE SIGN OF FOUR. READING AND TRAINING B2.1. CON CD