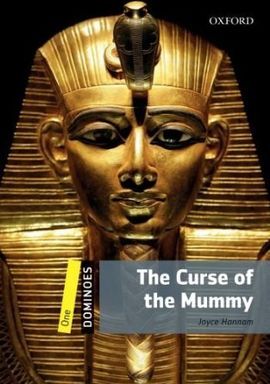 THE CURSE OF THE MUMMY

For thousands of years the dead body of the young king Tutankhamun slept under the sands of Egypt. Then, in the autumn of 1922, Howard Carter and his friends find and open his tomb door. These are exciting times, and Carter's young helper Tariq tells the story in his diary.
But soon people begin to die. Who or what is the killer? Is Tutankhamun angry with them for opening his tomb? And who is the beautiful French girl with the face of Tutankhamun's long-dead wife?
400 Headwords