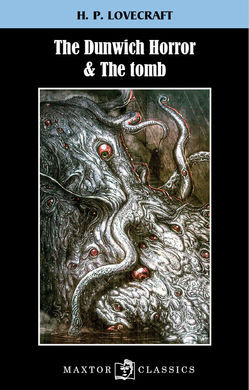 THE DUNWICH HORROR & THE TOMB

When a traveler in north central Massachusetts takes the wrong fork at the junction of the Aylesbury pike just beyond Dean's Corners he comes upon a lonely and curious country. The ground gets higher, and the brier-bordered stone walls press closer and closer against the ruts of the dusty, curving road. The trees of the frequent forest belts seem too large, and the wild weeds, brambles, and grasses attain a luxuriance not often found in settled regions. At the same time the planted fields appear singularly few and barren; while the sparsely scattered houses wear a surprizing uniform aspect of age, squalor, and dilapidation. (The Dunwich Horror)

It is an unfortunate fact that the bulk of humanity is too limited in its mental vision to weigh with patience and intelligence those isolated phenomena, seen and felt only by a psychologically sensitive few, which lie outside Its common experience. (The Tomb)

Howard Phillips Lovecraft (August 20, 1890, March 15, 1937), a prolific and problematic writer, is often considered one of the greatest authors of early American horror, science-fiction, and weird fiction. His stories echo such great horror and fantasy authors as Poe, Dunsany, and Chambers. But Lovecraft also brought to his writing a cosmic horror, which sprang out of his fantasies and nightmares.